50 YEARS AND A BILLION SATISFIED USERS

This month (September 2018) marks Craig’s 50th year in the computer industry. He wrote his first computer programs in the Fortran IV language while a student at Northeastern University, and left within a few months to start a career as a professional computer software designer. Within two years, he was the head of a corporate computer research department and teaching a course in computer systems design at a local college. The rest, as they say, is history, and you can follow his path below.

[sc:openquotes ]While it is true that I got into the field at the right time and made a heckuva lot of money at it, the most gratifying result is how many people have used my software and patented technologies to their benefit. The number now exceeds one billion users. – CJ[sc:closequotes ]

EXECUTIVE FOR A DAY

In 1967, Craig was selected by his high school to participate in a business education program called “Telephone Executive Leader For A Day” (TELFAD). He spent a day shadowing the CEO of New England Telephone Company in Quincy, Massachusetts.

[sc:openquotes ]Two top students were selected, one male and one female. I was assigned to shadow the CEO and learn what it was like to be an executive. The other student, a very intelligent and capable young woman, was not given an executive assignment, but was assigned to be a secretary – just because she was a female! And, in those days, no one thought that was odd or unfair. – CJ[sc:closequotes ]

[sc:openquotes ]While touring the company, I heard a loud ripping sound. It was a computer printer, called a ‘chain printer.’ Its print hammers were hitting the paper so fast that it sounded like cloth being torn apart. The paper was flying through the air out the back of the printer where it was caught in a wire cage. The printer grabbed my interest, and so did the computer it was attached to it: an IBM 7070. – CJ[sc:closequotes ] 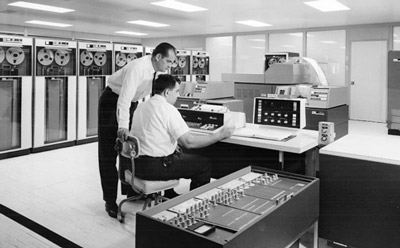 In high school, Craig was recruited by numerous universities, including Northeastern, which he selected for its Engineering program and its work/study approach. It was there, in 1968, that Craig programmed a computer for the first time: a Control Data 3600 mainframe computer, programming it in FORTRAN IV to solve physics problems.

[sc:openquotes ]As a freshman, I was allocated only five seconds of computer time per week. I tried hard to write code that would consume the entire five seconds, but I didn’t even come close. The mind-boggling speed of the machine pulled me right in and I became entranced with computers for life. – CJ[sc:closequotes ] 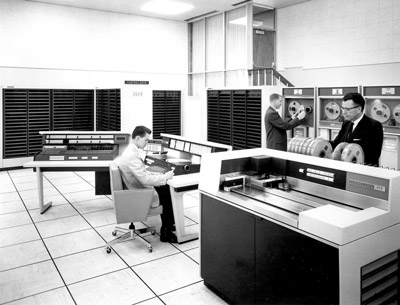 Faced with the overwhelming pressures of both a full-time college schedule and a full-time night job, Craig transferred from the day school to the part-time night program at Northeastern and from the night shift to the day shift at Western Electric, where he worked refurbishing telephones.

In the Western Electric factory, Craig more than once applied his engineering skills to demonstrate to management how to greatly increase worker productivity, but management reacted to his recommendations with alarm out of fear of that these changes would rile union leaders.

[sc:openquotes ]That’s when I first saw how a lack of good organization reduced efficiency and caused disharmony. It wasn’t just a ‘management-labor relations’ problem, but a ‘can’t get anything done’ problem. – CJ[sc:closequotes ]

[sc:openquotes ]When the company found out I was in college, they told me I had to transfer off the assembly line to a white collar job. They offered me the choice of becoming a bookkeeper or a computer operator for a Honeywell 200 computer system. I thought about it for a millisecond or two and began my career in computers. – CJ[sc:closequotes ] 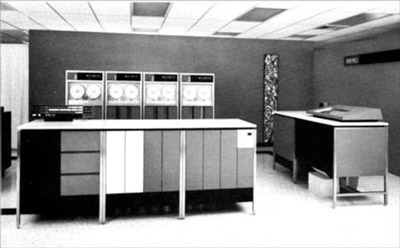 In 1972, Craig was at Applied Data Research (ADR) in Princeton, NJ, working as an apprentice on the design of the first virtual memory operating system for DEC’s PDP-11 computer. When the lead designer left suddenly for academia, Craig took over and completed the design himself.

This ‘trial by fire’ increased his confidence in his programming abilities and by the end of the project he had become knowledgeable in the innermost workings of computer operating systems. As a result he found himself in demand by other computer companies who wanted such a system for their own product lines.

[sc:openquotes ]The OS worked like a charm and I was wooed away by Data General with the enticement of a car and stock options to design a similar system for a new computer DG was working on. At 22, I was on top of the world. – CJ[sc:closequotes ]

Unfortunately, Craig was unable to convince the other engineers at Data General that his design was feasible, even though he had already implemented it successfully at ADR. The project was canceled his first day on the job.

[sc:openquotes ]I was devastated that the other engineers pooh-poohed my design. I crashed from the top of the world to the depths of frustration in a single day. I then spent six months doing busywork (nothing important, really) and then was introduced to Scientology by a coworker. In a three-day Scientology course, I discovered that my interpersonal communication skills were terrible, and I fixed them using the tools learned from the course. Immediately, my projects started getting approved and within another six months I was implementing my operating system for Data General – their first virtual memory operating system. – CJ[sc:closequotes ]

In 1974, Craig met Sally, his future wife and partner in creating Executive Software, which was later renamed Diskeeper Corporation and then, in 2012, Condusiv Technologies Corporation.

[sc:openquotes ]Talk about being in the geek zone – For our first date, I took her to the computer lab at Data General, where I thought I was entertaining her by letting her watch me write code. Somehow, the relationship survived. – CJ[sc:closequotes ]

From 1976 to 1986, Craig worked as a contract programmer and doing volunteer work for his church. At the same time, he spent nights and weekends creating his own software products.

Craig founded Executive Software in March of 1981. In 1982, he made the mistake of stopping all outside contracts to work full time on developing a product of his own. It nearly bankrupted him.

[sc:openquotes ]I was developing an electronic mail product for PDP-11 and VAX. I had a PDP-11/20 in a refrigerator-sized equipment rack in a spare bedroom at home. I’d get up in the morning and start coding. My wife would bring me food as I coded through the day and long into the night. Weekends, too. This went on for months. – CJ[sc:closequotes ]

To pay the bills, he resumed his contract programming, devoting only spare time to his own product. 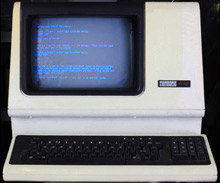 During this period, Craig also conducted free computer programming classes in his home, then wrote a book on the subject: The Craft of Computer Programming, published by Warner Books in 1985. The book sold out its first printing. Its third edition can now be found free online at http://www.craftof.com/.

[sc:openquotes ]My book was accepted by Warner Books and published in April 1985. When the first edition sold out, they declined to reprint it, explaining that computer books were ‘just a passing fad.’ – CJ[sc:closequotes ]

SET IT AND FORGET IT

Executive Software’s first product was an electronic mail system called EXECmail. It was used by Xerox and the US Naval Reserve, among others, but it didn’t take off as Craig had expected.

Switching his focus to market research, Craig found that the biggest problem that managers of large, corporate computer systems were experiencing was fragmentation, a condition in which the files of data stored in a computer became split into pieces and scattered around inside the computer. Fragmentation was causing such severe problems with computers that many system managers were forced to spend nights and weekends hard at work putting computer data files back together. Craig recruited another programmer and the two of them developed a program to do all that automatically. It was called Diskeeper.®

Released in November, 1986, to an overwhelming public reception, Diskeeper put Executive Software on the map. In just a few years, the company’s annual income increased from USD $400,000 to over USD $10 million; staff were hired at a rapid rate; and the organization was expanding so fast it had to move to larger quarters every year. Executive Software’s rapid expansion earned it a place on Inc. Magazine’s list of the 500 fastest growing private companies in the United States for four years in a row.

[sc:openquotes ]Frankly, the huge success of Diskeeper surprised me. In retrospect, however, it was obvious: the six other defragmenters introduced around the same time were just tapeless versions of the same old backup-and-restore headache. I had made Diskeeper a “set it and forget it” product because that’s exactly what customers told us they wanted. – CJ[sc:closequotes ]

On April 10, 2002, Craig and Diskeeper enjoyed 15 seconds of TV game-show fame when a word he coined in 1986 was used on the TV show Jeopardy with the answer: “Diskeeper is software to do this, reorganize your computer’s files.” The contestant won $2,000 by correctly providing the question, “What is defragment?”

The company continued to grow. In fact, it has been profitable every year since its inception. In 2005, the company changed its name from Executive Software to Diskeeper Corporation.

In 2008, Craig turned over CEO responsibilities but retained his roles as Chairman of the Board and Chief Software Architect. Since then he has focused on opening up international markets and developing new product lines.

In 2012, the company changed its name again to Condusiv Technologies. This change reflects the company’s expansion into broader areas of computer performance, including faster boot times, solid state drive performance and performance of virtualized systems.

For the past several years, Craig has been guiding his company’s R & D effort in the development of proprietary technologies, including Intelligent File Access Acceleration Sequencing Technology (“I-FAAST”®) to make storage devices perform faster than their rated speeds; ExpressCache,® technology that helps SSD-based and hybrid systems deliver on the promise of faster, more reliable and longer lasting storage; IntelliWrite,® to prevent fragmentation from ocurring in the first place; HyperBoot,® to make Windows computers boot up in 30 seconds or less; and the disruptive technology trademarked as InvisiTasking® that reduces system overhead quite literally to zero for scanning processes such as backup, antivirus and, of course, defragmentation. With the licensing of these technologies to other companies, Condusiv officially extended beyond the defragmentation market and into the storage performance market, beginning a whole new era of expansion and success for the company.

[sc:openquotes ]Initially, I was worried that SSDs might make defragmentation irrelevant because SSDs would be so much faster than rotating disk drives. But I was stunned when the test results in our labs showed that SSD performance was nowhere near expectations and insufficient to justify the extra cost of these devices. SSDs also brought a raft of new problems to the storage performance realm. Overcoming these was some of the most challenging programming work we’ve ever done. I loved it! In the end we were able to help SSD manufacturers make the devices live up to the promise of high speed, high reliability and long life. – CJ[sc:closequotes ]

In May 2008, the company opened an Asian office to serve South Korea and the Greater China market (the People’s Re